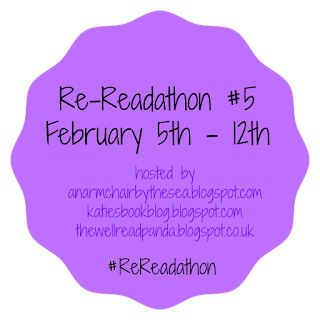 I thought a lot about what I wanted to talk about today. There's been a lot of books I've reread and picked up different things... but then I thought about 2003, and a time that many people who know me have trouble believing actually happened: a time when I stopped liking Harry Potter.

Yep, today I'm going to talk about Harry Potter and the Order of the Phoenix and my initial response to it. I've been vaguely ashamed of this in recent years, and I usually write it off as me being young and stupid- but between 2003 and 2005, I was no longer a Harry Potter fan. So when I read Melissa Anneli's wonderful memoir of Harry Potter fandom, Harry: A History earlier this year, I was relieved to discover I wasn't alone.

It's important to set the scene. It's 2003. I'm ten years old. I've been a Harry Potter fan since I was six, an impossibly long length of time when you're that age. I gobbled up the first three books when my brother got them for his birthday in 1999. Goblet of Fire's release is still one of my most exciting childhood memories, though I'll never forgive my brother for telling me who won the Quidditch World Cup before I had a chance to read it for myself. I finish the book and I'm burning with excitement: Cedric Diggory is dead, Voldemort is back, and shit is about to get real.

I spend the next three years dying of curiosity. I write my own versions and build up the fifth book to impossibly high expectations in my mind. I swallow up as much publicity as I can in my pre-internet fandom glee- the title, the cover art, that someone big is going to die. Then it's released. Just like for Goblet of Fire, my brother and I split our pocket money and share the purchase of Order of the Phoenix, he gets to read it first since he's the faster reader, but when he finally hands it over to me in the early hours of the next morning I'm burning with excitement.

And then... I'm... underwhelmed. I'd expected something huge and dramatic. Instead we have Harry and his friends stuck at school, nothing really happening beyond flouting the rules of a tyrannical teacher. I skimmed the last few chapters, impatient for what I felt was an overlong book to be over... and then JKR did the unforgivable and killed off one of my favourite characters.

I was heartbroken. I was angry. I felt like I was living a lie. Was I 'outgrowing' Harry Potter as so many adults had warned me I would? I got really into Lord of the Rings instead.  I stopped my near-continual re-read of the series and didn't even buy Half-Blood Prince when it came out- though I was tantalised by the details. When my friend dropped a massive spoiler- the biggest spoiler of all, you know what I'm talking about- I gave in and had to read it.

And I loved it. And I jumped right back onto the wagon again, re-reading Order of the Phoenix and realising that really, it had to happen, that it fit perfectly into the rest of the series. I realised I loved Luna (still do), loved the banding together of the Order of the Phoenix and Dumbledore's Army, finally read the last chapters properly, heart in my mouth because I knew what would happen in the end.

So, tell me your experiences! You need not write an essay like I did. Please do link up your entries or drop me a comment to tell me how your perspective of a book has been changed by a re-read!